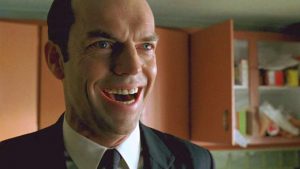 The reasons for this trend include hardware and software capabilities that can now (relatively) quickly encrypt/decrypt large streams of real-time data, combined with an increasingly ubiquitous and dangerous online presence, for both the corporate world and the individual consumer. The world now spends more and more of its time (actually, all of its time) connected to the Internet, which increases the likelihood of security breaches, from hacking into corporate databases, to stealing your private, personal information or eavesdropping on chats and emails in real time.

What is a Virtual Private Network?

A VPN is an encrypted tunnel that connects your local LAN to the public Internet while masking your IP address. It does this by routing all of your Internet traffic to a remote VPN server (often in another location) at which point the traffic is unencrypted and sent along its way to its final Internet destination. Any website you visit will only see the IP address of the VPN server, thus masking your true IP address and location.

Corporate use cases for VPNs has remained fairly stable over the past decades. There are two primary use cases: remote VPN and site-to-site VPN. Remote VPNs allow individuals to access the company network from their home or mobile devices. Site-to-site VPNs create secure tunnels between sites, or computer networks, rather than terminating one end of the tunnel at a specific user device. Site-to-site VPNs typically have the routers at each site perform encryption/decryption, so all traffic inbound/outbound from either site is secure. The sites may be corporate headquarters, branch offices, data centers, and/or private, public, or hybrid clouds.

Modern SD-WAN branch routers sometimes support built-in encryption capabilities for the bonding tunnels they leverage for inter-office communications. Using an external VPN tunnel in conjunction with SD-WAN tunnels is possible and common, however, enterprises that would like to simplify and streamline WAN networking may opt-in to rely solely on the encryption available on the SD-WAN tunnels.

And a bit more information about corporate site-to-site VPNs. As mentioned, cloud-based sites are becoming standard parts of any enterprise’s online infrastructure. In particular, VPCs (Virtual Private Clouds), are a particular type of hybrid cloud, per Wikipedia:

“A virtual private cloud (VPC) is an on-demand configurable pool of shared computing resources allocated within a public cloud environment, providing a certain level of isolation between the different organizations using the resources.”

Of course, securing access to a VPC from a corporate data center using a VPN remains a common use case. However, there are times when an enterprise needs access to multiple VPCs, all over the world, located in different regions. Here, the use case naturally expands, requiring redundancy to be built in to any solution. If a single VPN connected to a particular VPC fails, then business will be crippled with respect to any traffic utilizing that VPC.

Having multiple, redundant VPNs connecting your data centers with your VPCs ensures you maintain the high-availability, high-reliability resource benefit of the VPC. SD-WAN tunnels provide an ideal solution for such setups where reliability, performance and specific route engineering is needed.

While VPNs and SD-WAN tunnels remain a major option to provide this redundancy, each cloud provider (AWS, Google, Microsoft, etc.) also provides their own suite of connection options, each with various costs, benefits, and technical challenges. Typically, the connection options are all of the form:

While the details are beyond scope of this blog, here is a nice article describing Amazon’s AWS VPC Connectivity Options, which, while specific to Amazon, still gives a great overview of the general landscape.

Consumer use cases for VPNs are much more varied and interesting than corporate use cases. In very general terms we could describe the use cases as being related to enhanced privacy, enhanced security, and bypassing geo-restrictions (any restrictions imposed on internet content based on country). Here is a list of some specific VPN uses and how they can be helpful, and often invaluable, as a fundamental tool.

Aside from the usual corporate and consumer use cases for VPNs, there is another major application for VPNs involving data centers. Using VPNs to securely connect data centers has become standard practice for many of the reasons discussed above. But there is also a natural symbiosis between VPNs and data centers. VPN providers promise their customers 24/7 access to high-speed Internet from numerous locations around the world. This has resulted in the proliferation of huge data centers all over the world, housing thousands of VPN servers in large server farms, professional managed and maintained using state-of-the-art encryption and security methods. At least this is the case with the most reputable and highly rated VPN providers.

An article, “VPNs and Data Centers: A Match Made in Heaven”, that discusses VPNs and data centers and their relationship, states:

Data centers are the lifeblood of any VPN network. Without them, VPN providers would not be able to function on a scale which would allow them to provide secure internet connections to millions of users across the globe

We’ve discussed VPNs in some detail, going over what they are, how they work, and many typical use cases. If you’re not currently using a VPN you might want to reconsider, given the many benefits it provides, and usually at very reasonable monthly rates. The specific VPN provider you choose will depend on your own use cases, and the level of comfort and confidence you have in that provider.

My only advice? Do not use a free VPN service – ever. If the provider is legitimate and responsible, there is no reason not to charge a small monthly fee for their service. Monthly fees start from as low as a few dollars a month and even the most expensive should max out around $10 per month. Free VPN services must be making their money somehow, and if it’s not from charging you a monthly fee, they are likely monitoring your online behavior and selling your data.

To further support the proposition that free VPN services should be avoided at all costs, it appears that about 20 million VPN users had all of their data and full Internet logs left unsecured on a server for several weeks. Whoops! Read more about it here, “No-Log VPNs Exposed Users’ Logs and Personal Details for All to See”, and avoid these free VPN services:

Also remember that using a VPN requires that you actually connect to it! This means making sure that your local network (home and/or office) is connected to the Internet intelligently. And what does this mean? Redundant lines and broadband bonding of multiple ISP links, both wired and wireless.