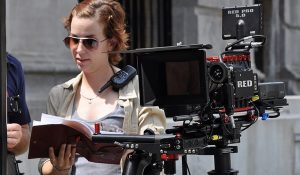 According to Wikipedia, “Video assist is a system used in filmmaking which allows filmmakers to view a video version of a take immediately after it is filmed…”, and I would add “wireless video assist” is the capability to video assist over wireless connectivity in real time. While this sounds pretty simple, in fact it is anything but! After all, I can view or stream a video version of anything I record on my smartphone immediately and it’s trivial to then send that video to anyone I want. While the term “video assist” continues to be primarily concerned with film sets and shooting with multiple cameras, the term can also be applied to videoconferencing and video streaming in general. And with the current Covid-19 coronavirus still paralyzing much of the world, the ways in which wireless video assist is accomplished has rapidly evolved in terms of wireless capability, as reducing the number of people on set, or at work, has become a huge priority.

Let’s take a step back and see how it all evolved. First of all, video assist has been an evolving part of filmmaking since the first director yelled “Action”, and this occurred in the late 1890’s! As the industry matured, film sets and shoots became more and more complicated, with multiple cameras shooting the same scene simultaneously. Standard practice would be to spend the day on the set shooting (and hoping for the best), then late in the day develop the film and generate “dailies”, where the cast and crew could view the filmed version and decide what was acceptable and what was not. And the criteria for acceptability was extremely broad and specialized – the shot scene needed to satisfy the director in terms of camera placement, framing, and actor performance, cueing, and movement; it needed to satisfy the DP (director of photography) in terms of overall lighting; it needed to satisfy the script supervisor in terms of continuity; and it needed to satisfy all of the disparate functions (hair, makeup, costume, sound, special effects) that must coalesce to create an acceptable scene.

So, from early on, there was a critical need for multiple people to have access to the filmed version of a scene as quickly as possible, and preferably in real time. Early video assist systems were “taps” located inside of cameras which used a beam splitter to redirect a second copy of the live footage to a secondary monitor located nearby, where the director could observe the scene in real time and make sure it was to his liking. As the numerous benefits of being able to see multiple camera shots on multiple monitors in real time became clearer, the term “video assist” came to represent a “complex system, consisting of monitors, recorders, video transmitters, video printers, matrices and hundreds of yards of cables” that would ultimate terminate at the “video village” – a central location where the director, DP, script supervisor, and others, were located off set.

In the age of Covid-19, there is great motivation to reduce the number of people required on set or in the workplace, as many companies and workers have been forced to work remotely. Video assist and remote wireless video assist are becoming more and more desirable and any solution you decide on should probably have significant capability in this area. This has forced the industry to rethink their Internet connectivity in general. Having access to high-bandwidth, high-reliability Internet connectivity is an absolute necessity and until recently required expensive wireless satellite Internet to provide the necessary performance. But this is no longer the case. Modern broadband bonding routers are capable of providing the required backbone by bonding together multiple cellular SIM cards which provides the high bandwidth, high reliability, and low latency required.

What about videoconferencing and live streaming video?

While the term “video assist” continues to be primarily concerned with film sets and shooting with multiple cameras, the term can also be applied to videoconferencing and video streaming in general.

Naturally, advancements in technology have significantly changed the nature of video assist, particularly with digital cameras and media, wireless communications, and the Internet. Manufacturers of video assist solutions now offer a huge variety of solutions, including hardware and software. Some companies provide rental services of the equipment and operators, which is great for smaller, less well-financed operations, while major film production companies purchase systems worth tens of thousands of dollars.

And the use cases for wireless video assist technology have also grown significantly, especially in the age of coronavirus. Video assist now also has some application to several critical technologies in this new era of telecommuting and remote work, including videoconferencing and live video streaming. Videoconferencing has been around for a while now, and since high-definition video is usually not a requirement, very effective solutions have emerged that simply use webcams to achieve perfectly acceptable, and fairly cost-effective, end results. Services such as Skype, Zoom, and GoToMeeting are all well established and very reliable, as long as webcam-like quality, and regular performance fluctuations due to bandwidth and latency issues (dropping to lower resolution, frame freezing, synching issues) are not show stoppers – but for most businesses, this may be borderline acceptable. Bandwidth bonding appliances are the ideal solutions that can address those bandwidth and quality problems.

Live video streaming is another application that has grown significantly over recent years. Anyone with a smartphone can now live stream video from their phone to many platforms. These videos are relatively low quality and suffer from significant reliability issues, due to the wireless cellular transport employed, and have traditionally not been adequate for streaming high definition video reliably, or live streaming in mission-critical applications. Live video streaming and video broadcasting stations rely on high-performance Internet connectivity. TV stations, webcasters, religious institutions, and other organizations that provide live video for special events can leverage broadband bonding of 3G, 4G, LTE, and 5G modems to create a fast and reliable wireless Internet optimized for video streaming of HD video.

While there are some perfectly acceptable solutions currently available for simple videoconferencing and non-mission-critical live video streaming, the technology requirements for video assist in professional settings, e.g. film sets, are significantly more challenging, due primarily to the multi-camera environment, and the intolerance to mistakes, errors, or technical hiccups. The requirement to get it right the first time and every time comes from the enormous costs of getting it wrong. Having to scrap an already shot scene due to incorrect framing, lighting, continuity, etc., can cost thousands of dollars in reshoots. So quality and reliability are hugely important.

Below are some of the successful players in the video-assist game:

QTAKE – QTAKE is an advanced software application designed and developed for video assist professionals. It is used to log, capture, playback, edit and process video output of any camera.

QTAKE is one of the premiere suppliers of video-assist software and hardware. Several vendors (including QTAKE) allow for wireless video assist using small transmitters and receivers coupled with cameras and monitors. QTAKE has taken this a step further with their QTAKE Cloud services. The services include both QTAKE streaming as well as what they refer to as “remote video assist”. This allows the video village to operate far from the set, perhaps from the director’s home office. Multiple live camera feeds are streamed and all the capabilities of QTAKE software are available in real time.

Of course, this ability to stream live, HD video from the set or other challenging locations requires highly reliable, high-bandwidth Internet connectivity. Many production companies have been happy to pay for expensive satellite Internet on their sets to ensure an adequate Internet connection, since this solution is so attractive in terms of flexibility, efficiency, and safety. Recently, QTAKE has adopted an alternative, highly cost-effective solution to the Internet connectivity problem. Using a device such as Mushroom Network’s multi-SIM Broadband Bonding routers allows for the intelligent bonding and management of multiple 3G/4G/LTE/5G cellular modems to ensure an Internet connectivity that rivals any transport available in terms of reliability, bandwidth, and latency.

Blackmagic Design – Blackmagic has grown rapidly to become one of the world’s leading innovators and manufacturers of creative video technology. Blackmagic Design’s founders have had a long history in post-production editing and engineering. With extensive experiences in high-end telecine, film and post, harnessed with a real passion for perfection, Blackmagic set out to change the industry forever.

If you’re in the market for some video assist solutions, the above list is a good place to start evaluating various systems. You probably want to make sure that they fully support wireless video assist and not just for the convenience of having fewer cables lying around on set. More importantly, make sure your video assist solution allows for full HD live streaming from any location to the Internet, where remote monitoring and analysis can be performed safely and efficiently.