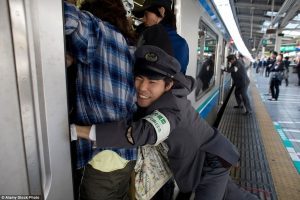 MPLS (Multi Protocol Label Switching) is a mechanism for service providers to have the ability to route packets faster within their backbone network, especially compared to the legacy Frame Relay or ATM type networks. When the MPLS backbone network is used to connect enterprise branch offices to each other, this is known as MPLS VPN.

At a high level, MPLS creates a tag (label) that gets attached to a packet and can be quickly read off of that packet on the next router. The router can then make next hop routing decisions without investigating the network layer header, as long as the router supports MPLS. What that means is that the router can take advantage of the mapping that it had generated from MPLS labels to FECs (Forwarding Equivalence Classes) – a much quicker technique compared to investigating the network layer header and running a routing protocol for each and every packet.

This scalability feature of MPLS becomes handy when the architecture is designed to manage the backbone of an MPLS VPN network for enterprise branch offices. In this case, the branch office appliance management can be separated from the provider side routers (also called provider edge routers) as well as the routing between the provider edge routers to accomplish the branch to branch packet delivery.

The ability to scale the management of the MPLS VPN backbone is a tremendous plus for the service provider compared to the legacy method of connecting branches via ATM or frame-relay. The service provider edge routers will use BGP (more accurately the Multi-Protocol extension of BGP which uses VPN-IPv4 to create different routing tables for different VPNs) to share routing information between them. However, once the routes are updated, MPLS labels and FECs are used to speed up the forwarding to the next hop.

The most common implementation of MPLS VPN is the layer 3 VPN (also known as Virtual Private Router Network – VPRN) and is popular for creating and managing connectivity between enterprise branches when the MPLS VPN is managed by the service provider. Another common implementation is the layer 2 MPLS VPN, (also known as Virtual Private LAN Service – VPLS), where the functionality is similar to having a layer 2 switch in the cloud. These types of layer 2 MPLS VPNs are used for carrying real-time traffic such as VOIP and video.

One hot trend in the IT sector is the ability to boost bandwidth capabilities of branch offices by adding cost-effective broadband lines into an MPLS VPN network.

4 thoughts on “Types of MPLS VPN for connecting enterprise branches”