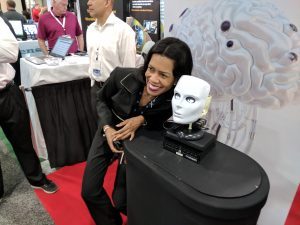 When the first dual SIM router concept was developed by Mushroom Networks a decade ago, the idea of being able to load-balance and even broadband-bond two or more cellular modems (at the time 2G and 3G only) was quite revolutionary. A decade later, the software running on dual SIM routers (or its bigger brother multi SIM routers) are nothing short of amazing. Read on to learn my first-hand experience with dual SIM and multi SIM routers.

The Achilles heel of wireless connectivity always has been its unpredictability. This is by no means the fault of carriers who provide LTE wireless phone and data services (soon to include 5G) such as AT&T Wireless, Verizon, T-Mobile and Sprint or any others worldwide. Sure, some countries are luckier than others in terms of the infrastructure, but because of the channel characteristics of wireless environments, fluctuations in performance in the LTE or 5G networks is unavoidable if you only are using a single LTE or 5G connection. However, by adding additional SIMs, the overall performance can be much improved. This clever approach of combining two or more unpredictable channels into a single, yet more predictable connectivity created the Broadband Bonding industry in the early 2000s and over time, the intelligence layer that was developed into dual-SIM routers and routers with multi-SIMs has achieved incredible milestones in cognitive networking.

Recently, I attended a trade show, where Mushroom Networks had a booth, showcasing their latest and greatest SD-WAN solutions and broadband bonding routers with cognitive capabilities. The booth was powered by a Portabella 4000i router, which is a multi SIM router with built-in intelligence to optimize networks for various applications. The multi SIM router provided super-fast Internet connectivity to the booth area (with the built-in Wi-Fi) and also connected a desktop office IP phone to the corporate IP-PBX using an overlay tunnel that automatically optimized VOIP/SIP flows against packet loss, latency and jitter.

This is the beginning of a new paradigm where routers will have built-in intelligence to optimize the networks they are managing for specific traffic types. All done on the fly without human intervention. Did some of the LTE networks experience some performance fluctuations during the 3-day trade show? Most likely, but we never noticed them at all as the system was smart enough to work around any of those network problems without affecting the applications we were using, resulting in flawless VOIP calls. The setup was as easy as popping in the SIM cards and plugging in the power cord, since the device was already preconfigured, allowing for zero-touch configuration at the installation.

Simply put, dual SIM routers rock! Not because you have double the capacity, but because of the amazing software that is managing those links on a per packet basis. Practically, the multiple unpredictable channels were merged into a predictable and optimized connection — as if someone dropped a portable “fiber” connection at the booth. Cognitive networks performing optimizations at the application level at milli-second granularity resulted in unparalleled network performance as problems were mitigated in real-time. Setting networks on autopilot is the future and we have just begun to let networks operate on their own.