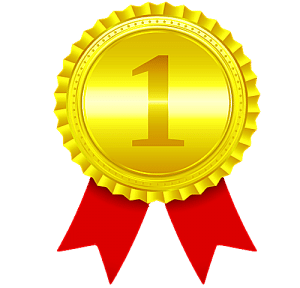 We have talked about 4G LTE routers and dual SIM routers in recent posts. Similarly, mobile hotspots are portable Internet connectivity that you can take with you. If that sounds similar to your cell phone, actually that is not surprising since a mobile hotspot is essentially a cell phone that is designed to provide Wi-Fi Internet connectivity to the devices around it, as opposed to just for one user.

Mobile hotspots from Verizon Wireless, AT&T,  T-Mobile and Sprint are usually priced at several hundred dollars and subsidized by the data plan subscriptions. These are great devices for some effective coffee shop time, allowing you to connect your laptop to the Internet.

Another low-end alternative to single SIM card mobile hotspots is your cell phone. If you own an modern phone, it is an option that you can probably enable with a few clicks.

These options are great for personal use and low-end applications. But what if you need similar functionality, i.e. a mobile hotspot that will provide you Internet access on-the-go, for your business critical or mission critical application? Can you rely on the single SIM mobile hotspots or do you need a better option?

What is the problem with mobile hotspots?

Before we answer that question, let’s quickly go over the characteristics for the cellular transport. Cellular connectivity is achieved by electromagnetic signals traveling from the cell towers down to your mobile hotspot antenna (and vice-versa for the uplink direction). These signals are prone to degradation over distances and interference from slightly delayed version of itself (multi-path interference, bouncing from nearby objects), thereby creating a communication environment that is inherently unpredictable and fluctuating. Other factors that can affect the quality of the backhaul for the hotspot include the interference and load of the cellular sector in your specific location as well as upstream cross traffic in the network. So when mobile networks fluctuate and therefore create a varying end-user experience for your mobile hotspot, the cellular carrier is not always to blame — sometimes there is nothing that can be done — or is there?

Under the hood what these advanced mobile hotspots are doing is monitoring the wireless channels on an on-going basis so that the device can make intelligent and instantaneous decisions regarding which path to take for each Internet packet. It works as a traffic cop that is sending cars over one lane or the other to optimize traffic. These mobile hotspots take advantage of two important technologies, namely: overlay networking and stretched networks.

What is overlay networking?

Overlay networking refers to the VPN-like tunneling that can be achieved over the IP transport. The difference of course is that unlike a VPN overlay, the multi-WAN overlays, such as the ones used in mobile hotspots, can take advantage of multiple WAN Internet connections as well as implementing intelligent algorithms to optimize traffic.

How do you stretch a network?

What if you are in a vehicle?

How about when the use case is to provide Internet connectivity to moving vehicles? This can be a mobile hotspot providing Internet access to passengers of a train or bus, or providing real-time application capabilities to specialty vehicles (such as live video transmission for broadcasting or surveillance video for law enforcement). In these situations, the performance ranking of the mobile hotspots really comes down to the advanced algorithms inside the mobile hotspot. With the right technology, magical results, such as supporting broadcast quality HD video can be achieved even in the harshest environments.

So, if we were to rank mobile hotspots with respect to performance, it is fair to have the single SIM versions at the bottom and the multi-SIM ones powered with SD-WAN technologies at the top. Of course, the decision to choose which mobile hotspot is purely a function of your use case.