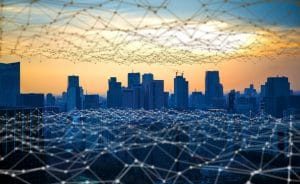 4G LTE is the latest wireless technology that has been deployed all around the world. Soon, 5G network roll-outs will pick up the pace and the trend in performance improvements in cellular connectivity will continue. The connectivity speeds and also the pricing per bit delivered have been improving steadily. Does this mean a 4G LTE router is a candidate to replace your DSL, cable or fiber modem soon?

To answer this question fairly, we need to touch on the physics behind cellular transport. Wireless communications have come a long way since Motorola demonstrated the first cellular phone design many decades ago when the intent was only to make phone calls. Since then,  4G LTE routers have become a viable option to provide Internet connectivity for small and even medium sized local networks, especially when powered by multi SIM and the technology to intelligently manage the multiple WAN links. This is an effective way to address the main Achilles heel with cellular communications – the unpredictability of the connectivity. Through no fault of the carrier, the 4G LTE networks are vulnerable to the slow fading and fast fading physics that govern wireless communications. Intelligent antenna technologies such as MIMO have helped, but unlike a wired Internet connection, the transport will suffer due to the physical layer characteristics being unpredictable.

So, with current technology, 4G LTE routers with only one SIM card can provide great connectivity most of the time. The emphasis being on the term “most of the time”, as some times, the connectivity of the 4G LTE connection may suffer, or more accurately, WILL suffer. This is by nature of the communication transport, in this case the ether.

4G LTE routers make use of the wireless SIM card modem to connect to the WAN (Wide Area Network) to get out to the Internet and provide LAN (Local Area Network) connectivity either via Wi-Fi or an Ethernet cable. In multi-SIM 4G LTE routers, the idea is the same, however, instead of a single SIM card modem, the router has access to two or more SIM card modems to connect to the Internet. With 4G LTE routers with Broadband Bonding technology, the multiple Internet connections are intelligently managed to optimize the application performance. In other words, the unpredictable transports are managed to create a more predictable, stable and faster Internet connection.