Multihoming with Broadband Bonding and SD-WAN 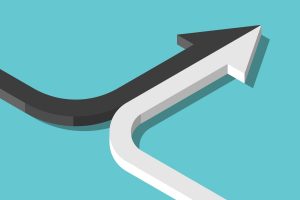 Multihoming, i.e. the ability to bring together various Internet connections to create a more robust, fault-tolerant, high-performance Internet connection, is a valuable technique to achieve Internet reliability and optimal performance. There are several methods of multihoming, and the term itself has morphed somewhat over recent decades so it now must include SD-WAN aggregation techniques.

A legacy way of adding multihoming to a network is by making use of BGP (Border Gateway Protocol). BGP was originally designed to replace EGP (Exterior Gateway Protocol) to accomplish fully decentralized routing. However it has found some use in multihoming applications between multiple access links of a single ISP or multiple ISPs. Unfortunately, BGP can have slow reaction time, be inefficient in terms of performance, and can be very cumbersome to set up and maintain since BGP requires you to have access to AS (Autonomous Systems). Every AS must be assigned a globally unique identification number known as the autonomous system number or ASN. These are issued and controlled by the Internet Assigned Numbers Authority (IANA). Despite its shortcomings, BGP is still being used to multihome, simply because there were no other alternatives and BGP remains the most widely used routing protocol between Autonomous Systems.

This method of multihoming is typically referred to as “classical multihoming” and is absolutely fundamental to the operation of the Internet on a global scale. Autonomous Systems (AS) are networks (or groups of networks) controlled by a single routing policy and administrative entity with ownership of blocks of IP addresses.  The AS may be a university, a township, a company or business, or most often, an Internet Service Provider. Each AS thus has complete control over its own set of IP addresses and can route easily within its AS network. But an isolated AS cannot reach the Internet at large since it does not know how to route outside of its assigned IP address space. By using BGP, AS are able to communicate which blocks of IP addresses they each control, along with what other AS they are connected to. In this way Internet packets are quickly routed between any two points on the globe, traversing as few autonomous systems as possible. And if any particular AS suffers an outage, the BGP routing tables will reflect this as they are updated in real time.

So, multihoming was, and remains, a fundamental structure of the Internet that continues to allow it to perform seamlessly – at least most of the time. However, this type of multihoming is only appropriate for some of the largest entities that must connect to multiple AS. For the typical company (of any size) classical multihoming is not practical or possible. But there is another way…

The development of Broadband Bonding or WAN Virtualization techniques to perform broadband aggregation has simplified the multihoming technology considerably. An organization can now simply purchase a Broadband Bonding appliance and plug in disparate ISP links to achieve perfect multihoming. Not only is it orders of magnitude cheaper and simpler than classical multihoming to set up and maintain, but it also performs better. Broadband Bonding works similar to VPN (Virtual Private Network) technology where it sits on top of the transport as a virtual overlay network using various ISP links. This allows the bonding to occur at a layer higher than layer 1, 2 or 3, and therefore can be accomplished without any telco involvement.

What this means is that you can create your very own bonded ADSL, or bonded cable and DSL or bonded DSL and fiber network by utilizing Broadband Bonding appliances. Broadband Bonding is the new paradigm shift in Internet load balancers, as load-balancing firewalls are being replaced by Internet-bonding routers with firewall, SD-WAN, QoS and traffic shaping capabilities.

The primary use cases of broadband bonding devices start with Internet reliability, i.e. MPLS failover, fiber failover, etc. The multi-WAN router aggregates MPLS together with other broadband lines and provides higher bandwidth and real-time failover capability for the WAN, whereby any outage of the ISP links is shielded from the applications. MPLS traffic can be funneled over the bonded broadband lines in case of MPLS blackout, without disrupting the workflow. In fact, many companies are now replacing or augmenting expensive MPLS infrastructure with SD-WAN aggregation devices in order to reduce costs while also improving reliability and performance.

Multihoming allows for computer systems to incorporate redundancy by maintaining connections to two or more ISPs (or Autonomous Systems) which eliminates “single point-of-failure” blackouts. Using broadband bonding to aggregate multiple broadband Internet connections achieves the same redundancy – but with even better results and also allows for highly optimized application flows, which is more difficult to achieve with classical multihoming.

Having multiple broadband sources all terminate in a single broadband bonding edge router allows the broadband bonding orchestrator/server to have constant real-time access to all network statistics per link – latency, packet loss, bandwidth, jitter, and other metrics. This allows for highly optimized application flows, as the path with the best characteristics (at any given time) for any given application will always be utilized.

The most sophisticated of these SD-WAN broadband bonding routers have the capability of bonding and aggregating multiple disparate broadband sources, performing Internet traffic shaping and grooming, firewalling, and real-time optimization with layer7 control. This ensures that real-time applications (VoIP, video conferencing), chatty applications (such as Citrix), and any other Internet traffic are provided the QoS controls they need to be intelligently managed which guarantees optimal end-user performance for all application classes.

And all of this comes from a single, pre-configured device you can simply drop into your current network seamlessly and put your network on autopilot and enjoy your new multihomed system.