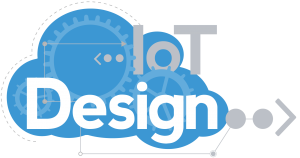 The definition of IoT (Internet of Things) can be elusive as it encapsulates a large variety of industries and use cases. For the purpose of this article, we will consider any type of device that generates any type of data via sensors that needs to be transmitted over the Internet as IoT. Other than rare cases, the IoT device may not have a direct Internet connectivity, but rather will connect locally to a gateway device that does connect to the Internet and as the name suggests acts as the IoT gateway.

In the most generic scenario, many IoT devices may be connected locally to a single (or few) IoT gateways. This reduces the cost of Internet connectivity per IoT sensor, where otherwise having WAN (Wide Area Network) connectivity on every IoT sensor may not be practically possible or affordable.

Wired Internet access should be at the top of the connectivity option list for an IoT gateway. However, depending on the use case and the industry that the IoT solution is being used, wired Internet may not be available. Locations such as moving vehicles, farms, oil rigs and outdoors in general may have difficulty obtaining a wired connection. In these cases, a wireless IoT gateway (also known as LTE or 5G IoT gateway) might be the next best option.

In further challenging environments, perhaps 3G, 4G, LTE or 5G may also not be available. In these cases, satellite or some other unorthodox connectivity such as point-to-point wireless might be the only option.

In all of these cases, one needs to understand the risk and reward dynamics for the IoT gateway being reliably connected to the larger Internet (and therefore the IoT servers that the solution is using). Especially in scenarios where the IoT solution on the field does not have storing and filtering capabilities, it will be essential for the IoT gateway not to lose connectivity, or connectivity performance for that matter. Any sensor data that is not transmitted in real-time, may get lost.

Multi-WAN IoT gateways (or IoT gateways with Broadband Bonding capabilities) are good options for scenarios where the gateway is expected to intelligently adapt and shield network problems from the system. In a modern wireless Broadband Bonding router, the IoT gateway can take several WAN connections, 3G, 4G, LTE, 5G or any other IP based Internet connectivity and by means of monitoring the WAN links, steer the flows in the highest performing path. This means that during sensor data transfers, in case of link blackouts or brownouts, the IoT gateway is capable of changing lanes to another WAN line without losing the flow semantics.

Another important aspect of the IoT gateway is the built-in security. Being able to firewall the outside world from the sensor flows, as well as using encrypted tunneling mechanisms when taking the data from the sensor network and transferring to the sink servers is crucial.

IoT use cases, both in industrial and consumer settings, is expected to grow rapidly. Certainly, some of the data processing will be completed in the cloud and therefore it is important to avoid a performance bottleneck within the IoT solution, which is possible by taking advantage of IoT gateways that are equipped with Broadband Bonding technologies.