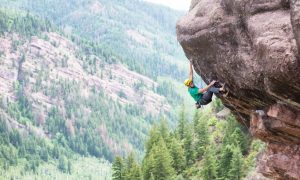 5G is poised to revolutionize our digital existence, but it’s going to be a long road. There are many challenges to a fully-realized, extended 5G network. Let’s look at some of the major challenges the industry faces, along with how the major carriers are positioning themselves to get nice, juicy pieces of the 5G pie.

For some nice background, take a look at our earlier blog, 5G – What is it and how does it compare to 4G LTE? Here, we discussed the main advantages of 5G over current wireless specs, namely, significant improvements in:

But there are significant technological challenges in realizing 5G networks. More detail can be found in our earlier blog, but a quick summary is:

So, while 5G sounds awesome, and promises to revolutionize our lives by enabling super-fast consumer internet, autonomous and intelligent vehicles and highways (in particular, the reduced latency is critical here), the Internet of Things (IoT), smart buildings and cities, highly advanced augmented and virtual reality applications, and many other use cases we have yet to imagine, there are significant challenges moving forward. Fully realized 5G networks are certainly still at least several years away – and we should prepare ourselves for the onslaught of confusing 5G nomenclature, as carriers brand early versions of 5G as everything from 4.9G and 5G Lite to 5G Plus and 5G E. As 5G networks continue to come online, they will rely heavily on the existing 4G LTE infrastructure to bridge the two technologies, and gain confidence and competence with the intricacies of implementing 5G technology.

5G networks will also significantly leverage 4G spectrum and infrastructure as the technology develops. They will likely continue to utilize 3 separate sub-bands: A low-frequency band for more coverage area (sub 1GHz), a mid-frequency band for a better blend of coverage range and speed (1-6 GHz), and the high-frequency band, including mmWaves, for maximum bandwidth and throughput (above 6 GHz). When using the lower frequency bands, most carriers will share the bandwidth with the 4G LTE network, and use a technology called DSS (Dynamic Spectrum Sharing) to switch between the two networks when 5G coverage drops out.

One of the key decision’s carriers must make is how much to invest, and how soon, on the real gamechanger of which frequency bands to use in their 5G buildout. There now exists an arbitrary, but fundamental dividing line between mmWaves and non-mmWaves implementation. mmWaves officially occupy the 30-300 GHz frequency range, but in terms of 5G rollout, the dividing line has been set at 6 GHz. Frequencies above 6 GHz are considered to be mmWave, while frequencies below 6 GHz, also known as sub-6 GHz, are the longer wavelengths currently used in wireless communications.

The importance of mmWaves to the long-term 5G landscape cannot be overstated. It is only at these very small wavelengths that you get the huge performance benefits in bandwidth, latency, and device density over current 4G LTE networks. But this is also where significant technological challenges still exist, as stated above. Among the myriad of challenges to overcome in order to use mmWave in large-scale 5G deployment, one of the more interesting is the change required in the most basic of hardware components, IC packages and modules, particularly the transceiver module, for smartphones and other systems.

A very informative and detailed discussion of these challenges is presented by Semiconductor Engineering. In particular, they discuss the fact that current smartphones have a dedicated RF front-end module, that handles the amplification and filtering of the antenna signal, but the antenna itself does not reside in the same hardware module. 5G mmWave technology requires the antenna to be co-located in the same module. In fact, the industry is also developing new IC packages which combine the RF chip and the antenna in the same unit, known as “antenna-in-package”.

Integrating the mmWave antenna into the RF module or package is required to boost the signal strength and reduce losses in the system. There are many other challenges as well, such as developing the test tools and equipment necessary to do component testing and larger-scale system testing on these new mmWave platforms. For more information please see Semiconductor Engineering’s article “Challenges Grow for 5G Packages and Modules.”

How the Major U.S. Carriers are Rolling Out Their 5G Networks

The huge choice that every wireless carrier faces when it comes to rolling out their 5G networks is how they want to utilize the different frequency spectra available to them. As we discussed, there are basically three options, and all the carriers use some combination of these bands:

All 3 major U.S. carriers are providing some kind of 5G to their customers but as discussed earlier, this can mean vastly different performance, and it is far from trivial to figure out exactly what the performance is for each carrier. A couple of nice articles from Opensignal summarize 5G performance and availability for leading providers and also by country. The performance numbers are several months old, and the 5G map changes rapidly, so expect these number to also change.

Keep Your Eyes on the Frequency Bands Moving Forward

And keep an eye on upcoming frequency spectrum auctions by the FCC. While the government still controls the majority of the mmWave spectrum, they have already started auctioning off various bands. These auctions will continue as the carriers build out their networks.