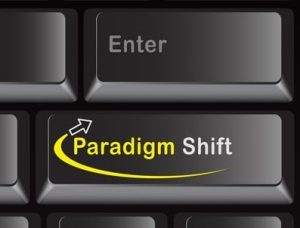 This week Intel announced their new Xeon chipset, alongside with companion accelerator chips that can process up to 255 million packets per second. These data networking-focused x86 CPUs and companion chips prove that Intel is not going to repeat their recent blunder in the mobile sector. Intel sees the software-defined networking trend hitting a 60% year-over-year growth trajectory, as a path to market dominance in the cloud-networking space.

Software-Defined Networking is essentially the virtualization of the local networking within a data center. This means cost-effective switches and “dumb” routing fabric can be managed via a software-defined network controller that connects to the application layer via APIs. Of course, all this can be done in software which means any changes in the networking can be done via software, without requiring any wiring changes in the data center.

Of course, WAN virtualization is already happening at the branch office edge of enterprise networks. Technologies such as Broadband Bonding are virtualizing WAN resources and essentially presenting a single IP interface to a branch office LAN. The natural next step is a similar trend to take over the data centers with Software-Defined Networking.