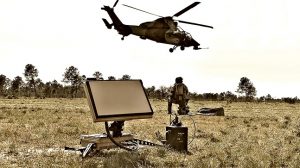 Getting your internet from an orbiting earth satellite sounds pretty awesome, doesn’t it? Are you ready to switch right now? Hopefully not since satellite internet remains the absolute last option for most consumers, perhaps with the exception of…dial-up internet service. However, if you live in rural areas or locations without DSL/fiber/cable internet providers, then satellite internet may be your only choice.

Of course, Satellite communications (SATCOM) are a mainstay of the US and most foreign governments as satellites, both commercial and government-owned, provide invaluable capabilities. Having a dedicated satellite for SATCOM allows for the most robust and effective security posture, as government agencies can deploy encryption algorithms and secured protocols that greatly enhance their network security relative to the world-wide internet. And the ability to deploy military satellites over war zones or other areas of national security interest is critical to mission success.

Currently, satellite internet is provided to consumers via communication satellites in geostationary earth orbit (GEO). These satellites are all distributed around the equator (0 degrees latitude) at various longitudes and at a distance of 22,236 miles. At this distance the satellite’s time-to-orbit perfectly matches the earth’s rotation rate, and so the satellite remains “fixed” relative to a ground observer as the earth rotates. This means that you can always locate that particular satellite at the same spot, regardless of time of day or time of year. The GEO satellites can potentially illuminate thousands of square miles which means you don’t need very many of them to cover an entire continent.

Some interesting trivia about GEO is that it was first popularized by the prolific science fiction writer Arthur C. Clarke in the 1940s and the first GEO satellite was launched in 1963.

There are several significant and inherent problems with satellite internet using GEO satellites. They can generally be broken down into 4 areas:

PEPs can be classified according to three general classes:

A PEP that is commonly used in SATCOM to reduce latency is Split-TCP which works by breaking a single TCP session into multiple sessions and then using custom parameters (such as larger window sizes) to control transmission on each leg. Other PEP types include Ack decimation, Snoop, and D-proxy.

Performance enhancing proxies are network agents that help with some of the inherent issues, particularly latency, with SATCOM. However, many underlying issues still remain. Another very promising technique for dramatically improving SATCOM involves the SD-WAN technologies that are capable of bonding of the satellite links either with another satellite connection or with other, wired, broadband transports, such as DSL, cable, and/or fiber. SD-WAN solutions with specialized algorithms are required to cope with the higher than normal latencies of SATCOM.

Currently there are two dominant providers of satellite internet – ViaSat and HughesNet. A recent review comparing the two providers can be found here, on reviews.org.

Below I’ve listed some specs for baseline plans from each provider, just to get a quick comparison:

What About Low Earth Orbit Satellites?

If using GEO satellites causes such debilitating latency while using the internet and performing other mission-critical communications, aren’t there other options? There sure are and there is a lot of work being done right now to utilize both Medium Earth Orbit (MEO) and Low Earth Orbit (LEO) satellites. Actually, the correct term to use is “satellite constellations” since these solutions rely on many satellites working together and sharing information in a more networked/mesh type of environment, rather than a single GEO satellite illuminating half of CONUS.

Many of these challenges are already being addressed with the 1-2 thousand satellites currently in MEO and LEO orbit. Several companies are launching more satellites this year and according to Northern Sky Research, “over 4,000 Non-GEO HTS satellites are forecasted to launch by 2028, from OneWeb, SpaceX, Telesat, LeoSat, Amazon, and SES.”

Currently, satellite internet is a great option to have in rural areas or other locations where wired internet is not available. While performance right now is not very good, over the next few years performance, pricing, and availability are all moving in the right direction for consumers.

For mission-critical SATCOM use cases, performance enhancing proxies and SD-WAN bonding of the satellite links can significantly improve end-to-end performance.

Contact Sales
Facebook
Twitter
LinkedIn
PrevPreviousBufferbloat – what is it and why you (or your vendor) should care
NextCoronavirus Has Been Devastating Business – Time to rethink Your Connectivity and Consider Video Conferencing?Next