Blended MPLS and Beyond 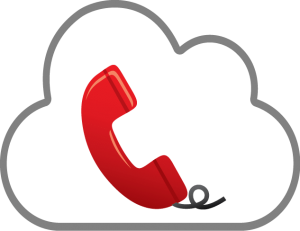 MPLS (Multi Protocol Label Switching) has risen in popularity with enterprises that require low latency and high reliability. MPLS is a framework where the carrier can provide switching instead of routing by utilizing simpler labeling within their network. This accelerates the routing process and therefore can provide lower latency. MPLS networks, however, are still dependent on the last mile transport, so it is not a transport layer replacement, but rather an overlay approach where the traffic is funneled through the telco operated network – at least most of the time.

The cost of MPLS networks per Mbps comes with a very high premium. The idea of a low latency and high-reliability network connectivity is attractive; however the price tag usually limits the applications that can be funneled through the MPLS connections. For enterprises that require low-latency inter-office connectivity as well as access to private and public clouds there are two very successful alternatives:

1) Blended MPLS: For scenarios where the IT department has large operating budgets, keeping the MPLS line is a good option. However, the growing needs of the networks will eventually create a choke point at the MPLS network since bandwidth within MPLS is very expensive. A broadband bonding router can bond together an MPLS link and several broadband modems (such as DSL, cable, etc.) to create a blended WAN connection. As the broadband bonding router grooms the traffic within the bonded tunnel, applications requiring low-latency, such as VOIP, can utilize the MPLS link – as long as that line remains the lowest latency. In case of a latency spike or a failure scenario, the bonded broadband lines can carry the MPLS traffic over the public Internet. This creates an MPLS failover architecture that is quite unique as the layer 2 MPLS traffic is magically routed to the destination branch office even when the telco’s MPLS network is down. With this approach, traffic can be intelligently filtered, shaped, and groomed to intelligently use the appropriate ISP link, which would be the bonded broadband links for most Internet applications and the MPLS line for low-latency applications such as VoIP.

2) Next-Gen branch office connectivity: With cutting edge broadband bonding technology, the bonding firewalls can squeeze the best performance out of any broadband line, so much so that the agility and adaptive nature of the broadband bonding algorithms can create a virtualized WAN link that can compete head-to-head with an MPLS line, including applications requiring low latency, such as VoIP. Many organizations are migrating from MPLS-based branch office connectivity to configurations where multiple low-cost broadband lines are bonded together for utmost reliability and best possible performance. This creates an order of magnitude level cost savings for IT budgets and high 9s reliability for the private and public cloud applications.