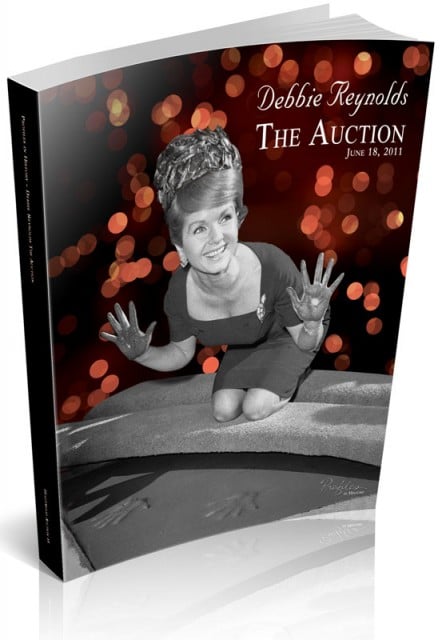 Truffle in conjunction with Wireless Modems.

•Internet speeds faster than could be provided to the venue.

The Debbie Reynolds Hollywood Motion Picture Museum is a non-profit corporation located in Creston, California containing one of the largest collections of Hollywood memorabilia including such pieces as the famous Marilyn Monroe dress. Over the next two or more years, the Museum will be holding auctions for many highly prized items with the help of Mark Sheppard of Sheppardcomm.com who has worked with the museum for years.

Sheppard is a communications specialist and data contractor who works heavily with the government and entertainment industries. As he has helped conduct auctions in the past, Sheppard recognizes the need for both fast and reliable Internet connection at each venue, especially events of this caliber.

In order to prepare for the upcoming event, a single DSL line was ordered through AT&T in order to support the entire infrastructure of the auction being held at the Paley Center for Media in Los Angeles, California. With the connection delivered 72 hours before the event, Sheppard immediately recognized that this line would be highly insufficient for the bandwidth needs of the event.

This initiated the search for a cost-efficient method to bring more bandwidth to the event center in order to support the large online crowd that was expected to be joining the auction. A single, standard DSL line would provide nowhere near enough upload speed for both the streaming audio and video required to be streamed to international bidders from places including the US, Canada, Europe, Japan and Korea. With such time-critical and expensive bids happening every minute, a single lost bid could cost the museum a lot of money – potentially hundreds of thousands of dollars or even millions.

As Sheppard puts it: “I knew bonding technology existed and I was initially uncertain that a unit this affordable could accomplish our goal. After speaking with Mushroom Networks, I was convinced that I wanted to give it a try and I ordered one for the June auction.”

After assessing several options for producing the additional bandwidth needed, Sheppard opted to incorporate Mushroom Networks’ Truffle to bond together his DSL connection along with multiple WiMAX wireless routers. As a result, the auction ran flawlessly with zero connectivity problems and sustained speeds of up to 20 Mbps down/ 4 Mbps up.

After analyzing his options, Sheppard decided to utilize the Mushroom Networks Truffle —a perfect solution for his Internet needs. The Truffle combines multiple Internet access lines into a single aggregated line. The aggregation over the Internet lines is done even for a single session, providing the full speed of the lines combined. In Sheppard’s case, the Truffle bonded an AT&T DSL connection along with WiMAX wireless routers.

As a result, the auction turned out to be the largest single Hollywood auction in history. It broke the world record for the highest price paid for a costume 3 times over and included the iconic Marilyn Monroe dress which sold for an impressive $4.6 million. With these kinds of pieces up for auction it is clear that missing even a single bid because of internet connectivity problems could have cost the museum tens of thousands of dollars. Ultimately, the auction went off without a hitch and sold over 550 items for a total upwards of $19 million.

Because the auction proceeded so flawlessly, Sheppard noted that he has already been renewed on the next auction by the museum.

“It worked perfectly, right out of the box. I watched the bandwidth status during the event and monitored our traffic and usage and we had zero downtime and as such, no chances of any critical data being lost.”