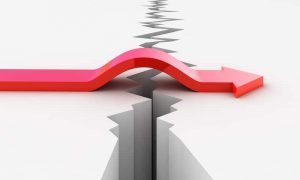 Today, smart phones are providing unbelievable levels of technology at very affordable price points – thanks to the mass volumes of worldwide production and its associated downward cost pressure.  Carrier subsidies are also a big factor in lowering the price of smart phone technology to the masses. An average smartphone today sports a good quality mega-pixel camera with better and better lenses, powerful processing power, and in most cases built-in video codec chips capable of encoding 1080p HD live video. Oh, by the way, it “most likely” has wireless communication capabilities built-in. So in theory, there is no reason why this tiny little powerful appliance can’t become the ideal device for a news agency to report live news from the field with HD quality.

However, it turns out, even though wireless connectivity is the primary purpose of the smart phone (or at least was at one point), it is also the weakest link, unfortunately, in the electronic news gathering application. Not because of the theoretical uplink speeds being low, quite the contrary, LTE promises up to 75Mbps uplink speed and even higher with 5G, but rather because those promised speed numbers being exactly that – theoretical. Everyone who uses a cell phone knows that patchy coverage, slow speed, occasional disconnects, and dropped calls are part of the wireless world and even with the fantastic technological improvement in the last decade, physics still dictates the limits of what is possible – cellular is not flawless.

Does this mean cell phones have no role to play in professional video distribution, or is there no “steroid” that can be given to cell phones to correct its shortcomings? No, not at all. As a matter of fact, with some technical help, cell phones can become one of the most powerful tools for live video delivery for news gathering, emergency response, first responders, and many other webcasting and video distribution applications.

Even though there are several competing video streaming standards, RTMP remains the primary and most common standard for delivering a live video feed from the field to a video server or CDN (Content Delivery Network). So to heal the unavoidable cellular connectivity problems that the smartphone has, one has to make the connectivity link stronger. This can be accomplished via connecting your smartphone to an RTMP wireless gateway device via the smartphone’s built-in WiFi. In essence, the Internet connectivity function is pushed from the smartphone onto the RTMP wireless gateway and the 802.11 WiFi link, emulating a reliable Ethernet cable.

So why is the RTMP gateway a better Internet connectivity than the built-in 4G LTE 5G that your smartphone already has? The answer is purely the result of the higher number of 3G/4G LTE/5G Internet channels that the RTMP wireless gateway devices have and the smart algorithms built on top of those multitude of cellular Internet lines. In essence, the RTMP wireless gateway is an appliance that can bond together two or more 3G/4G/5G cellular SIM cards to create a fat and extremely reliable Internet connectivity – so much so that you can now stream live high quality videos with broadcast reliability. Imagine slurping your drink with eight straws. You will still quench your thirst even if some of your straws get clogged.

These type of technologies are bridging the gap between what is “almost possible” with today’s technology to “possible today” and that is the essence of the times we live in.