What is Software-Defined WAN (SDWAN) and why should I care? 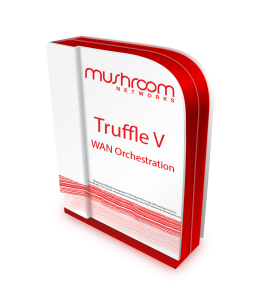 Every so often, a new technology comes along that really does hold the potential to change the way things work, and impact enterprises in a truly significant way. Software-Defined Networking (SDN) is just such a technology.

In software-defined networking, the intelligence behind routing and switching and the movement of data and digital voice traffic is maintained by software, and removed from the hardware platforms that have traditionally controlled the flow of traffic in the network.

At first glance, this might seem to be a relatively minor change – after all, all you’ve really done is move the same routing and switching technology from one place to another. You’re not replacing that intelligence, but merely changing where it lives, so to speak.

But that change makes all the difference in the world. By virtualizing the network intelligence functions, you achieve several things at once. One of them is that you can now replace all of the intelligent switches and routers throughout your network with simpler devices that only do what they’re told without all of the intelligence and functions resident in each and every device. This reduces the complexity of configuration, and means that you can use cheaper, mostly X86-based devices throughout your network, thereby reducing costs.

Another benefit of software-defined networking is that it provides a centralized location for routing and switching tables and intelligence, and abstracts the network intelligence away from hardware and into software. This allows you to have greater flexibility and and consolidation at the same time, easing your administration overhead and letting you design and implement your network from a central location. Changes are likewise implemented in a single location, and updates are pushed to the individual switches and routers of your network more or less instantaneously.

And maybe the biggest benefit of software defined networking is how it supports, and will support, virtual environments and enterprises moving forward. Private and public clouds have the ability to transform themselves to meet the needs of the enterprise, adjusting and adding new infrastructure as their workloads demand, on the fly. Software-defined networking allows for integration between the network and the virtual environments in a way that simply wasn’t practical before, and allows the network to scale and adjust as the workload demands of the enterprise dictate.

But software defined networking doesn’t just benefit virtual environments and data centers. It also has significant applications and value in the area of wide-area networking. As we talked about above, software-defined networking gives enterprises the ability to consolidate network functions and intelligence into a single abstracted layer, easing the complexity of configuring and managing your network. But there are additional benefits of software-defined wide-area networking, SDWAN (or SD-WAN).

As we talked about here, SDWAN gives enterprises additional options when it comes to the configuration of not only their networking devices, but their network itself. With SDWAN, companies can utilize different types of networks that weren’t available in the past. For example, in traditional networks it’s possible to send different traffic over different kinds of networks, i.e. to send critical traffic over a dedicated MPLS network, and less important traffic over a less expensive network, like a broadband network or even a wireless LTE or 5G network. Some SD-WAN technologies can take this to a new level whereby various algorithmic nodes (configured by software) can be implemented as a function of application type. Think in terms of special treatment of, say VOIP packets, such as optimizing the WAN connectivity for latency, jitter, etc., to ensure VOIP quality and reliability. If these types of specialized flow-based complex algorithms can be pushed down to the hardware via a software-defined environment with ease, the benefits are limitless.

This is not only useful for enterprise branch office setups but also useful for small and medium-sized businesses, who are often challenged to justify the expenditures of MPLS circuits at all of their locations, and often lack the in-house IT networking talent to manage their network complexity.

Is SDWAN Worth It?

Even though SDN and SDWAN offer tremendous potential in terms of flexibility and configuration, and the ability to support applications and workloads that we haven’t even thought of yet, that’s not necessarily enough reason for businesses to consider making the change. After all, so the saying goes, if it isn’t broke, don’t fix it.

The reason why that’s the right question is because SD-WAN, in particular, offers the best ROI for SDN technology. Yes, if you implement software-defined networking, you will need to invest in new gear (most likely), new software (almost definitely), and pay someone to design and implement your new network. And yes, all of that will cost money.

But, because SDWAN gives you the ability to mix and match your WAN network types, and sync your different classes of network traffic with those different classes of network, it will allow a company’s network to become much more efficient and dynamic, and allow for much more efficient utilization of network resources. And over time, when companies compare the savings on a monthly basis on the network spend versus the one-time (or close to it) spend on new hardware, many companies will find that it’s a no-brainer.

If you have an enterprise which has several locations or more and/or significant network traffic, SDWAN offers enormous potential. And if you’re a medium to large enterprise, the potential savings of SDWAN are truly impressive, especially over time. But even if you have a very small company, with one or two locations and relatively little traffic, SDN can provide the SLA and QoS targets your applications , such as VoIP/SIP need, over very cost-effective broadband connections.

The full scope of applications and impact to be felt from SDN is yet to be determined. But one thing is definite – the next few years are going to be very interesting.

2 thoughts on “What is Software Defined WAN (SDWAN) and why should I care?”