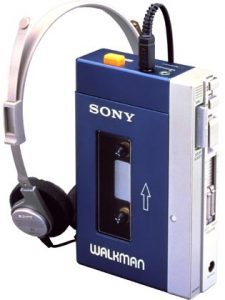 Until fairly recently, when a company grew from a small company to a mid-sized business, you had no choice but to utilize the T1 bonding approach for getting enough bandwidth for your mission-critical Internet applications that required strict QoS (Quality of Service). We have seen many times, how rapidly new technologies can shake up the status quo and the information technology community will naturally “bubble up” the better technologies to the surface – thanks to the best information-sharing platform that humankind ever invented – the Internet. The same is happening to the legacy T1 bonding approach as bonded T1 is coming to a screeching halt.

As recently as a few years ago, if you ran out of bandwidth on your T1 circuit, you had no choice but to call your ISP to upgrade your network. The natural choice for a bandwidth bump was a bonded T1, which doubled your bandwidth as well as doubling your already expensive monthly T1 fees. However, people realized the oddity of paying $500/month for a T1 circuit while they can get ten times more bandwidth at their homes for one-tenth the price – it didn’t take too long for business owners (likewise for IT managers in the enterprise segment) to realize there must be a way to combine the best of both worlds – and there is!

T1 bonding, whereby, the bandwidth aggregation is implemented lower in the OSI stack (usually below the IP layer), is a legacy bonding technique where the aggregation device can’t take advantage of any information hidden in the higher OSI layers. As an example, a bonded T1 circuit can’t tell the difference between a VoIP packet and a file transfer as the MAC frames of those two packets would be similar for those flows and therefore indistinguishable at the layer the legacy aggregation is done.

Modern Internet load balancers that use Broadband Bonding, on the other hand, can do on-the-fly layer7 deep packet inspection and accordingly adjust algorithms adaptively. This provides a tremendous advantage over legacy T1 bonding. It turns out, with Broadband Bonding, one can bond T1 with a DSL line, thereby combining the best of both worlds – combining the cost-effective downlink bandwidth of DSL with the uplink bandwidth of T1. As a matter of fact, the upload speed of T1 was the only reason anyone would consider keeping a T1 and those days are numbered as well.

Broadband lines are becoming more and more capable in terms of both downlink and uplink speeds, especially when combined together with modern WAN Virtualization and advanced QoS techniques.

Still use a Sony Walkman? It is time to spell it out – rest in peace T1 bonding.