Optimizing WAN Performance with a TCP Protocol Designed by AI? 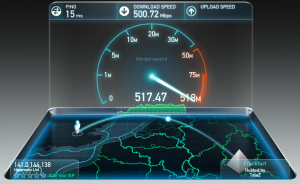 Since its inception several decades ago, TCP (Transmission Control Protocol) has been the fundamental protocol for transmitting bits across the Internet for most traffic types and has been the underpinning for the relatively robust WAN performance that TCP has been providing. Since then, there have been quite a few iterations and modifications suggested for the TCP protocol and in some cases these have been adopted by the networking industry to a large extent. however, the basic algorithm has been roughly unchanged, whereby, when the receiver side realizes that the network has dropped packets (triple dup-acks), it would indicate back to the sender to halve the number of packets that it has in flight (halving of the TCP window) and only gradually start increasing the rate until another loss event occurs. This underlying algorithm principle, also known as “additive increase with multiplicative decrease”, is simple, elegant and robust. But has TCP reached its potential and do we need a new paradigm to push WAN performance even further?

Machine learning or artificial intelligence, generally speaking, work by analyzing data from the known history of experiences and adapts/converges to a solution/result/algorithm that resembles an intelligent design, even though a more accurate layman description of this is an organized and elegant way of searching through trial and error.

Researchers at MIT are suggesting an interesting approach for WAN performance optimization via letting machine learning dictate the rules that the networking stack will follow. This would enable a dynamic and adaptive networking protocol that can perform better and accordingly change if the network conditions change. Another potential approach is to use Dynamic Programming type methods to solve the complex WAN performance optimization problem in real time. In both cases, the time-to-solve is required to have the optimum algorithm available in real time. To read more about the AI approach to WAN performance click here.

I am curious to follow the developments of this and similar approaches to gauge if the industry will be open to adapt complex algorithms in lieu of TCP’s simple and easy to visualize algorithms in order to optimize WAN performance.

Facebook
Twitter
LinkedIn
PrevPreviousCan a dual WAN router solve the problem of the cloud’s vulnerable dependency to WAN uptime and performance?
NextWAN redundancy – how does it impact VOIP?Next