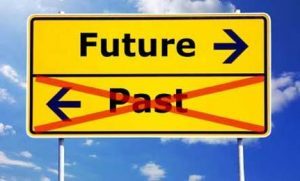 The Load Balancer Router was born from a need to correct the less than perfect Internet access that ISP (Internet Service Providers) provide. For one reason or another, an ISP Internet connection is never perfect. Some times the reason is the transport technology not being mature (remember the early DSL days?), some times it is related to poor infrastructure, some times it is misconfiguration, some times it is cross-traffic / work load in the backend or some times it is simply an unexpected event (such as construction cutting off a line). No matter the source, Internet reliability can’t be perfect unless you engineer the reliability into your network. This may not be a necessity for your home Internet, but for your office network, a load balancer router was the answer.

Legacy load balancer routers had the ability to use two or more WAN links and spread the Internet flows coming in from the LAN side of the network over the several WAN links. Over time, load balancing algorithms evolved to include weighted round robin and others until Broadband Bonding and SD-WAN brought a new perspective to load balancer router implementations.

Software Defined Wide Area Networking (SDWAN) and Broadband Bonding brought a fresh and brand-new approach to load balancer routers. With the ability to create overlay tunnels, i.e. VNFs (Virtual Network Functions), the load balancer router was now able to make per packet routing decisions as well as perform pre-routing and/or post-routing processing of the packets to optimize the connectivity.

As an example, through VNFs such as our VOIP Armor, a load balancer router is capable of sending a VOIP packet over the WAN link that optimizes the MOS (Mean Opinion Score) for the VOIP call, and further, protecting the up-time of that flow by being able to switch path mid-stream. Similarly being able to spread packets over multiple WAN links result in true Broadband Bonding for the load balancer router the ability to utilize the sum of all the available bandwidth, even for single flows.

So from an end-user perspective, what does this mean to you? In other words, how does having an SD-WAN enabled load balancer router impact the end-user experience? The answer is 4 fold:

It is fair to say that SDWAN and Broadband Bonding have reinvented load balancer routers and how WANs are managed for businesses.